Christmas Traditions From The Gilded Age

When we think about the holiday season, certain festive images spring to mind: Christmas trees shining with lights and sparkling ornaments, gifts wrapped in beautiful paper and topped with ribbons and bows, and of course, the snowy white beard and twinkling eyes of Santa Claus. While many Christmas traditions can be traced to different countries centuries ago, they were fully adopted into American culture during the late 1800s, the era known as the Gilded Age.

The tradition of decorating Christmas trees was brought to America by German settlers in the 1830s, but it became much more elaborate and widespread during the Gilded Age.  People began to “Americanize” the custom of putting up Christmas trees, and by 1881, more than 200,000 evergreens were sold in New York City’s Washington Square alone. By the turn of the century, one in five American homes held a Christmas tree. The evergreens were of all sizes, from two feet high to a grand height that could graze the tall ceilings in the decorated homes of the wealthy. Trees ranged in price from a few cents to more than half a dollar. Ornaments of popcorn strings and beads evolved into displays of lights, colored glass balls, and wax angels by the mid-1860s.

Lighting the trees became a must. The idea of decorating with candles also came from Germany, inspiring the manufacture of little metal candle holders which would clip onto the branches.  Some recommendations suggested up to 400 wax taper candles be lit on a 12-foot tree. Unfortunately, this appealing effect led to an increase in home fires as most pre-cut trees were often dry and seldom fresh. Several solutions were developed to combat this problem, but the only real answer came with electricity. For people who could afford their own generators or lived in electrified districts, it became common practice to keep window blinds open so that passersby could view the beautifully decorated trees. This sometimes led to people asking for entry to enjoy the trees up close.

Christmas cards became an essential part of the holiday season. The tradition of handwritten letters and family visits was replaced by pre-made cards filled with sentimental phrases, a new practice that allowed people more free time. In a similar way, handmade gifts faded from popularity in favor of housewares, novelty items and money. Gift wrapping could signal social class, from plain white paper to fancy holiday patterns. Elaborate and expensive wrapping paper also provided an opportunity to show one’s generosity. For people who could afford it, gifts became extravagant. In keeping with trends of the Gilded Age, the status-conscious made sure their gifts were wrapped stylishly to show they “came from the right shop.” 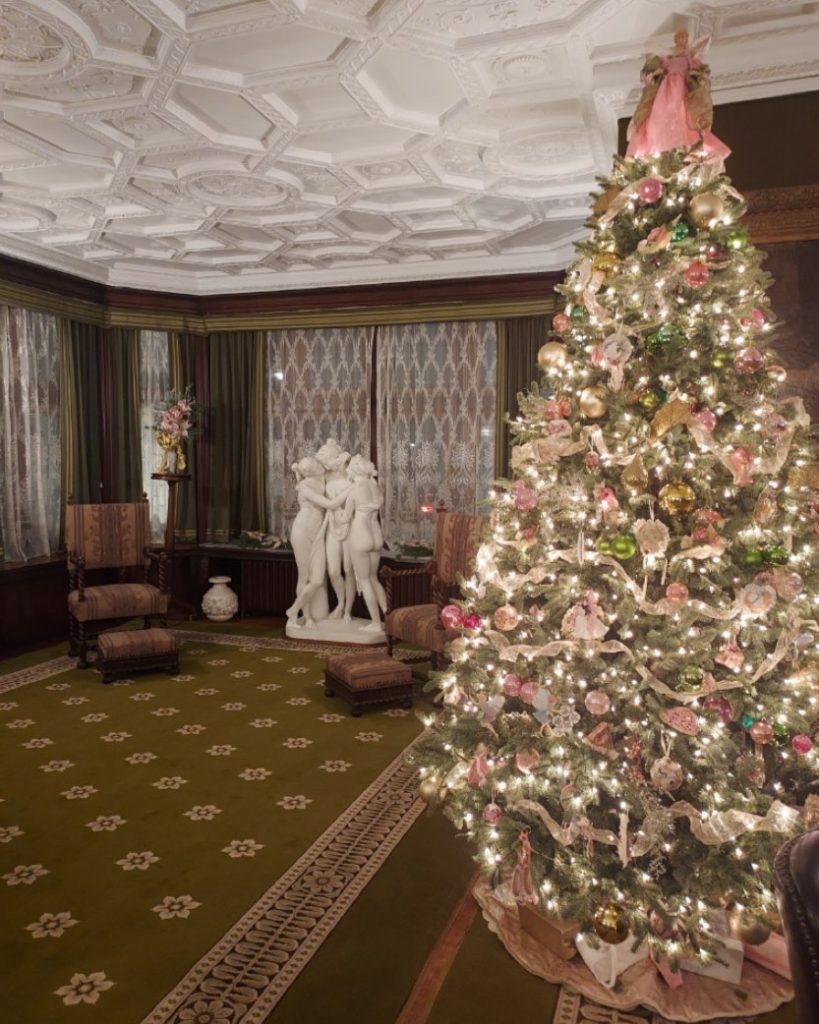 By the end of the 19th century, advertising and marketing had started to shape itself to the holiday season. Business owners began to dress their store windows for Christmas. The displays became so fanciful and popular that they attracted visitors from all around. That tradition continues to this day as countless people make seeing the decorated store windows in major cities part of their annual holiday celebrations.

While the origins of Santa Claus are varied and date back centuries, the modern image of Santa originated with cartoonist Thomas Nash in the late 1860s. He began a project called “Santa Claus and his Works,” developing a whole world for the American “Father Christmas.” Nash’s imagination introduced the North Pole, Mrs. Claus, and the elves who helped Santa with his toys.

It is fascinating and heartwarming that many traditions from the Gilded Age are meaningful to our holiday celebrations today.

Sign up with your email address to receive news and updates.

The Barker Mansion is currently closed to tours while we renovate. Please contact us for event hosting.

The Barker Mansion has an accessibility ramp in the rear of the building so guests can access the first floor and first floor bathroom. The lower level is accessible via two chair lifts. We ask that those who require the ramp call ahead so that staff can meet guests at the side entrance on 7th Street: (219) 873-1520. Please contact the Mansion with any questions. We are happy to help! 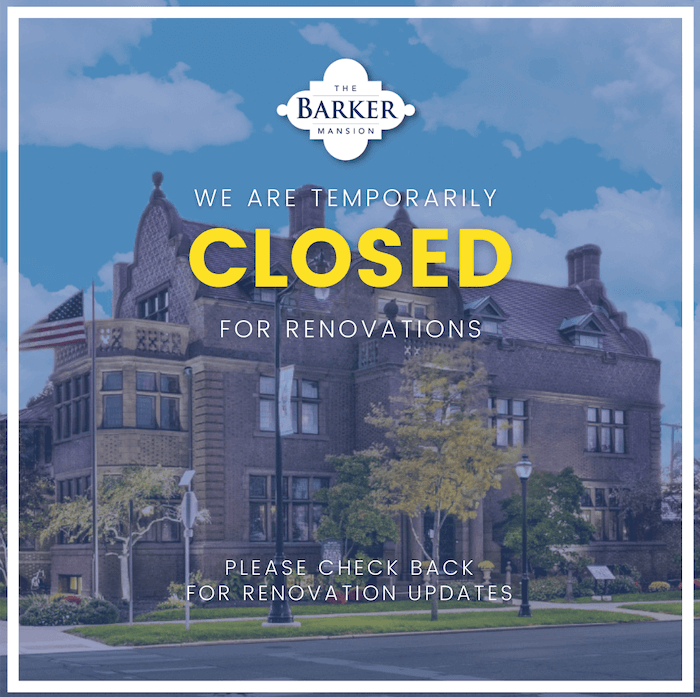