Santa can’t be everywhere during the busy holiday season, so he’s sending Jack! Join Jack Olesker, Santa’s official storyteller, in the Barker Mansion Drawing Room from 12:00 p.m. to 4:00 p.m. on Sunday, December 12. Hear some of the greatest stories ever told about the North Pole. Guests can make a holiday craft and get a cookie in the newly renovated Thomas P. McCormick Room. They are invited to bring a book donation for the Sandcastle Shelter.

“We’re thrilled to have Jack Olesker visiting the Mansion,” says Program & Events Coordinator Michele Gustin. “He has more than four decades in the entertainment industry as a studio executive, president of a motion picture and television studio, producer, director and writer, but he is–first and foremost–a storyteller.”

A bestselling author of novels of suspense, action and adventure for adults, much of Jack’s work has also been for children’s entertainment. Jack is the co-creator of the internationally successful Mighty Morphin Power Rangers and The New Adventure of He-man, and he has written many episodes for Hot Wheels, Super Mario Brothers, M.A.S.K., Heathcliff the Cat, Teenage Mutant Ninja Turtles and other household-name children’s shows. Now, this holiday season, Jack brings his engaging storytelling skills to the Barker Mansion for a special Christmas appearance on behalf of Santa.

The Barker Mansion, located at 631 Washington Street in Michigan City, will be open to the public beginning December 2 on Tuesdays through Sundays (closed on Mondays, Christmas Eve and Christmas Day and New Year’s Eve). Hours are 10:00 a.m. to 4:00 p.m. Central Time. Holiday admission is $15 for adults and $10 for children under the age of five. Tickets can be purchased at the door or online at www.barkermansion.org. Masks are required while in the Mansion.

The Mansion will close after the holiday season as renovations continue, with a reopening planned for May, 2022 to accommodate a wide range of educational experiences as well as weddings and special events.

Sign up with your email address to receive news and updates.

The Barker Mansion has an accessibility ramp in the rear of the building so guests can access the first floor and first floor bathroom. The lower level is accessible via two chair lifts. We ask that those who require the ramp call ahead so that staff can meet guests at the side entrance on 7th Street: (219) 873-1520. Please contact the Mansion with any questions. We are happy to help! 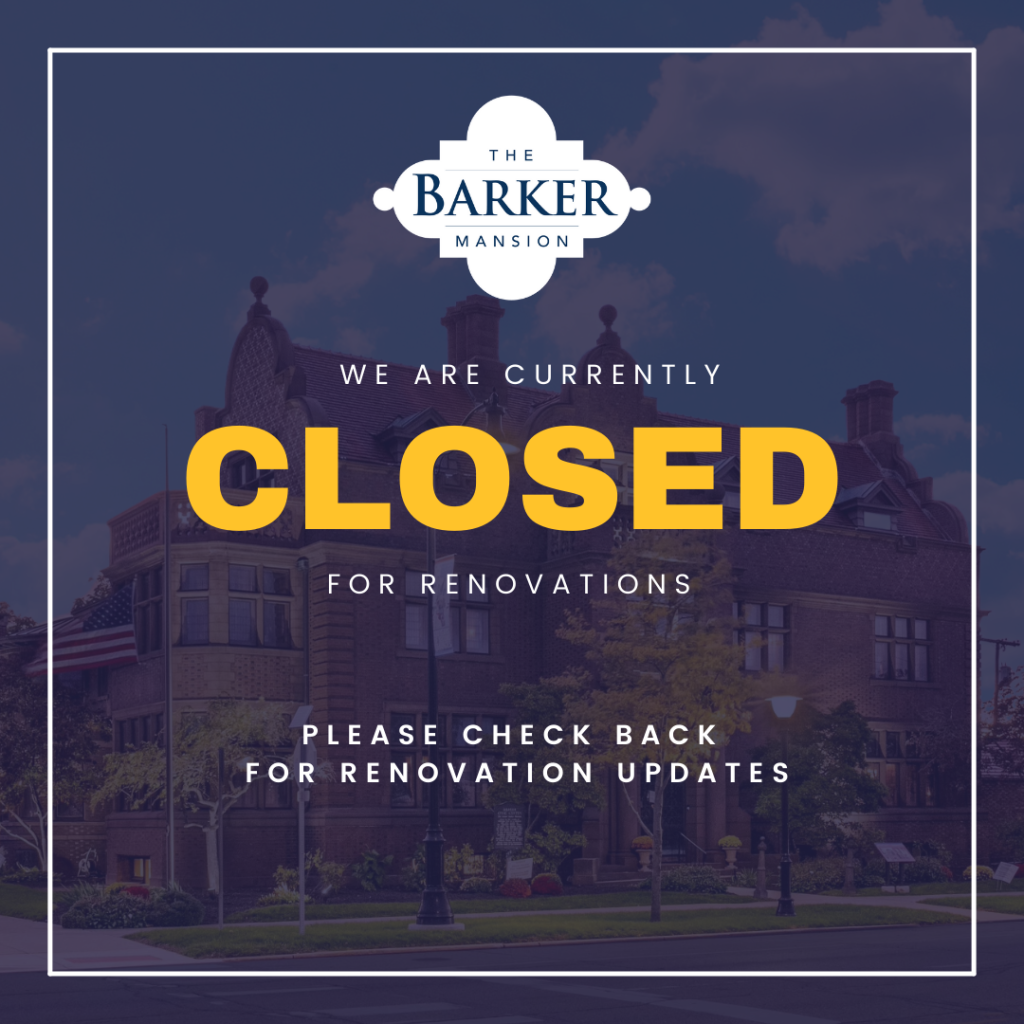